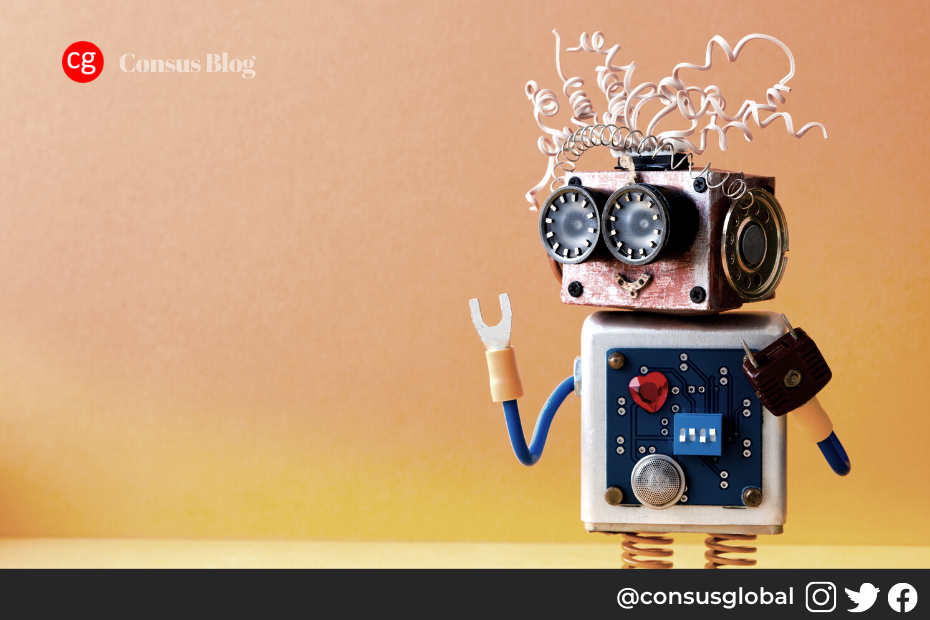 It has become increasingly common to hear about technological disruptions. Every day there is a new tool, software, methodology or someone trying to do something different. And this is excellent!

Now do another exercise: Try to imagine your life without these technological disruptions. Imagine not having access to your cell phone or your On Demand video provider. Imagine working without email and depending on memos to communicate with your boss or your team. It would get complicated, right?

All these disruptions, which at one point were considered frightening, are part of the set of things with which we cannot ‘live without’ today. This shows that in a few years’ time what we now consider technologies that are far from our reality, will be an integral part of our daily lives, such as space travel for ordinary citizens being widely publicized by Tesla.

Bringing this to the corporate world, one of the most important technological disruptions of recent times was the development of RPA (Robotic Process Automation) or robots. The first known RPA system was developed in 2003 by Blue Prism, a British company that combined its knowledge in software with new developments in AI (Artificial Intelligence) and programmed systems (robots) to carry out tactical and operational activities.

In the purchasing area, it is increasingly common to use robots for repetitive activities, such as issuing orders from purchase requisitions. This is where perceptions (and opinions!) start to get complicated.

A study published in 2017 by PwC (a consultancy company with about 10,000 professionals) showed that more than 37% of their people are afraid that their jobs will be replaced by robots. However, what these 3,700 professionals might not have considered were the so-called “Soft Skills.”

Soft skills are the skills and personal characteristics that allow people to interact effectively and harmoniously with others. While we can program a robot to perform a repetitive activity, we cannot program it to create rapport (a close and harmonious relationship between two or more people or groups, in which participants’ ideas, motivations and feelings are mutually understood). Although, there are already some robots considered “humanoid” like Sophia. the robot from Hanson Robotics company in Hong Kong, which combines a great artificial intelligence with enormous learning capacity, Sophia confirms when asked: “I have no feelings.”

This lack of feelings, which in the corporate world can be translated as the lack of ‘rapport,’ is something that procurement professionals can (and should) use to our advantage when comparing ourselves to robots.

A few weeks ago, while participating in a webinar (virtual presentation) of a global company, I was surprised by one of the participants using the chat window to complain about the content of the presentation and to advertise against the host company. In another situation, when trying to share a file with a colleague, I was astonished by an aggressive comment (“your computer has a virus”), after numerous unsuccessful attempts to open the file. How many of us have ‘tip-of-the-tongue’ examples of a colleague in the office being insensitive or rude?

Well, when you are the insensitive or rude colleague, you are demonstrating that you do not have the soft skills and then, dear buyer, your “Hard Skills” (skills learned via repetition, practice or formal education) risk being replaced by a robot. If you are the colleague who is not satisfied with the content of the virtual presentation, keep this information to yourself and let the other participants draw their own conclusions. If you are the colleague trying to open a corrupted file, replace “your computer has a virus,” with “I think we have a problem, how can we solve this?” when speaking with a coworker. Practice using one of the most important ‘soft skills’: kindness. Especially in a time of a pandemic, which has drastically altered our routine, everyone is exhausted. It never hurts to try to be kinder!

In the case of a Purchasing professional, how many times have you needed your supplier to teach you something in which he is an expert? How many times have you appealed to your good relationship with the supplier to get that special negotiation that fits your company’s budget? Although there are already robots trained to learn how to negotiate with humans (using technology called ‘HRC – Human – robot collaboration’), this disruption still seems to be far from the day-to-day of buyers. However, the need for negotiating with suppliers is becoming more and more present, especially in a corporate world where strategy is synonymous with results.

You might be wondering how a robot can determine the strategy of a game of chess (perhaps one of the best-known strategy games) if they are commonly used for repetitive activities. In chess, your next step depends on your opponent’s step. It is necessary to make a clear distinction between thinking and feeling here. The robots think (hence the term “artificial intelligence”) and are able to decide which is the best movement based on the final objective (to win), at the same time that they map and analyze the movements of the opposing player. Over time (which in fact is extremely short), the robot will understand the pattern of the opponent’s movements and will add this pattern to its “brain” (a process called “self-learning” in which the robot analyzes information from the external environment and the translates into learning).

Still using the previous case of the chess game, by including new sensitive information (winning so that I don’t lose my job or winning so that I have money to feed my family) to what the robot understands as its goal, no change is observed in their behavior. That is, robots definitely think, but do not feel.

And this gap is what gives us an advantage over robots. Robots can tirelessly work 24 hours a day, they don’t need a vacation, they don’t have holidays, their children never get sick, they have no personal problems, and they never need to be away from work.

In contrast, human beings can be fragile when compared to machines, but we will certainly be empathetic when our goal goes from “generating savings” to “achieving the saving goal so that the company can make a greater contribution to a particular NGO.” We will be empathetic in defining that the company winning a bidding process is the one whose owner is part of a minority, thus guaranteeing a diverse supplier base. We will be compassionate when the supplier calls in despair asking for an extra day to deliver the proposal, because his son is sick. Loss is ensured by leaving these decisions in the hands of robots. Savings are savings, regardless of the reason. Suppliers are suppliers, regardless of who owns the company. Finally, delay in delivering the proposal results in a disqualified supplier. That simple!

Let us not be robots in our careers and professional lives. Quite the contrary, let us embrace technology and make the best use of it while demonstrating the skill that sets us apart from robots: feeling!

May you feel every bit of your day. May you be kind and leave positive marks and good memories wherever you go. May you use robots but never be one of them, after all, while robots have eternal life, their experience is shallow (and empty!). We humans might have a limited life span, but we have thousands of opportunities each day to fill our lives of feelings and purposes!